Since moving to France in 1998, Brian has performed first as a Baritone and then as a Tenor with national level European Opera Companies. He has also acted in movies, TV and in the theatre. He has worked in 33 different countries during the last 42  years, and is now focusing on further developing his  TV and film career.

Educated in London at ALRA, the Academy of Live and Recorded Arts, he discovered Opera at Covent Garden and committed to train his natural lyric voice. He then migrated to Australia from 1990 until 1998 where he continued to  perform in Opera and Theatre.

Originally from Trinidad in the Caribbean, Brian first trained as a bodybuilder and Kung Fu instructor. He was later certified as a professional Personal Trainer in Australia. Rated as one of Sydney's best PT's, he has been more recently coaching internationally with various VIP clients ,as well as in Paris, at the only gym located on the Champs Elysées, HEALTH CITY. 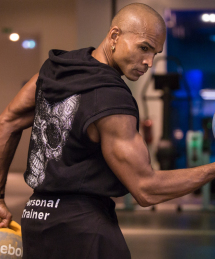 "Fit For Fun", a unique concept  by Brian... Only at HEALTH CITY on the Champs Elysées, Paris. 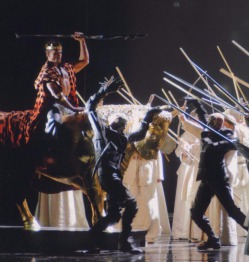 A true heroic HELDENTENOR with a warrior physique... For roles such as Siegmund and Parsifal. 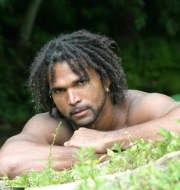 With an artistic career spanning 33 countries over 42 years, Brian's focus is now TV and Film work.